Stats in Fallout 4 are called SPECIAL. SPECIAL is an acronym for Fallout 4's leveling system. Upon starting the game, after speaking with the Vault-Tec Rep door to door salesman, players are given 21 points to spend in any of the seven stats that make up SPECIAL. Upon leveling up, players are able to improve these stats, which in turn unlock new abilities called Perks. Perks can then be improved further via Ranks. 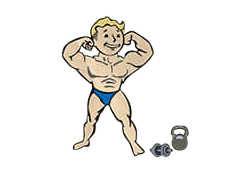 Strength is a measure of your raw physical power. It affects how much you can carry, and the damage of all melee attacks. 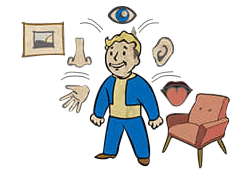 Perception is your environmental awareness and "sixth sense", and affects weapon accuracy in V.A.T.S. 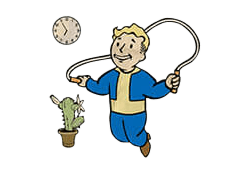 Endurance is a measure of your overall physical fitness. It affects your total Health and the Action Point drain from sprinting. 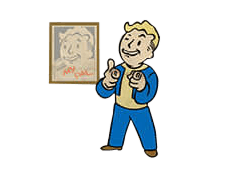 Charisma is your ability to charm and convince others. It affects your success to persuade in dialogue and prices when you barter. 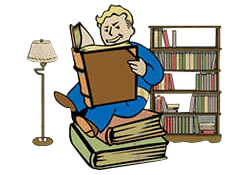 Intelligence is a measure of your overall mental acuity, and affects the number of experience points earned. 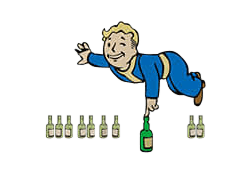 Agility is a measure of your overall finesse and reflexes. It affects the number of Action Points in V.A.T.S. and your ability to sneak. 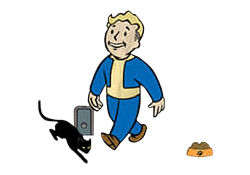 Luck is a measure of your general good fortune. It affects the recharge rate of Critical Hits, and your chances of finding better items.


Stat Recommendations For a New Player

Strength - You will want somewhere between 3-6 Strength. 3 allows you to upgrade Armor. You will constantly have to head back to your settlement to dump your loot. Strength will make this less frequent. It is a handy Stat, but not really necessary past 3.

Perception - You will want either 4 or 5 Perception. This will give you access to Non-Automatic Rifles doing more damage, along with having access to picking locks. If you fancy Explosives take 5 points in this Stat.

Endurance - Endurance might simply be the best Stat for Perks in the game. I recommend dumping as many points into this Stat as you can. Toughness can make all the difference in the world and, if you can get to 9, Ghoulish is a game changing Perk.

Charisma - One of the most useless Stats in the game. All Charisma checks (that I'm aware of) can be passed, by simply saving and reloading and trying again until you succeed, even if they are red. Local Leader is about the best Perk in the line and it's at 6. I recommend you either go all in on this Stat or simply put as little of points as possible.

Intelligence - Intelligence is one of the most useful Stats in the game (up there with Endurance). I recommend 6 points in this Stat so as to have access to Gun Nut, Hacker, Scrapper and Science!. This will let you mod just about any Weapon in the Wasteland and allow you to hack computer terminals when necessary. Scrapper allows you to salvage some much needed Materials from Weapons.

Agility - Agility is a Stat mainly for players who use V.A.T.S. or Stealth a lot. This Stat will vary widely based on the play style of the player. This is another Stat that, in my opinion, you're either all in or you put as few of points as possible in. I'd recommend 2 points for a new player.

Luck - Luck is a decent way to spend your Stat points. I'd recommend somewhere between 3-6 points here. Scrounger is great for keeping your ammo topped off (especially if you tend to use Automatic Weapons) and Bloody Mess is just a generally all around good choice. After that the Perks aren't as good until deeper into the tree, so you really have to decide if it's worth it to continue spending points over a Stat like Endurance.

My ideal setup would look something like S 3 P 4 E 5 C 1 I 5 A 2 L 1. I would then take all the Perks I could from those available that I wanted and then I would start pumping Endurance up, put that last point into Intelligence to open up Science! and maybe add a point or 2 into Luck to access Bloody Mess and Scrounger