Armor in Fallout 4 protects the player from damage in the Wasteland.There are also Legendary Armor in the game that are dropped from Legendary Enemies.

Armor can be customized by applying Armor Mods. Generally, save for a few exceptions, Armor pieces in Fallout 4 can be categorised into 5 main types: Combat, Leather, Metal, Raider and Synth. In addition, each armor comes in up to 3 different qualities -- Standard, Sturdy and Heavy. ( Armor Mods are not affected. You can use the same Armor Mods that you used on Standard to a Heavy quality armor of same type.)

Power Armor is composed of three elements – a frame, six individual modules (four limbs, torso and head), and a fusion core to power it. You'll need all three to get anywhere.You can even apply different Mods to Power Armor at any Power Armor Station found throughout the Commonwealth to upgrade their base stats. The mods you apply to them determine their models( e.g Modding a T-45 may give you a T-45a ).

Select a Power Armor set below to see the parts needed, where to find them and the stat-boosts given by its various mods. 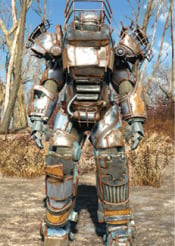 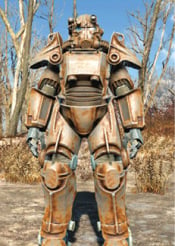 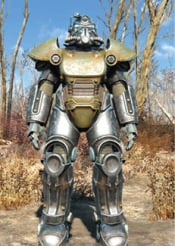 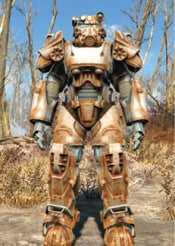 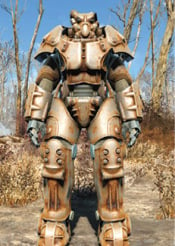 You can see the locations for each power armor set on its respective page. However, what armor and parts you encounter is dependent on your character Level. At lower levels you will only encounter T-45 and then T-51 armor as you are closer to Level 15. At the higher levels (Level 28+), you will have a better chance at finding the elusive X-01 Power Armor. As for T-60 Power Armor, it is most commonly obtained through Factions such as the Brotherhood of Steel.

Below is a list of locations where you can find Power Armor Frames that are needed to build Power Armor Sets.