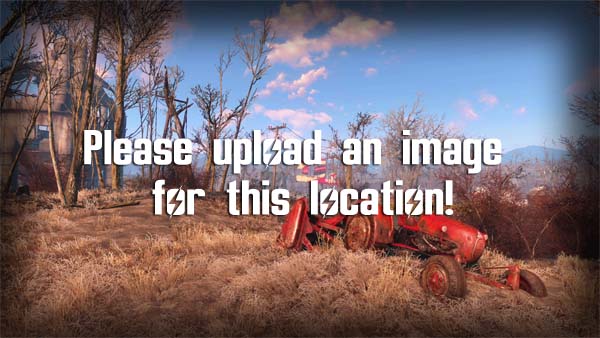 Located just east of the Boston Common and just north of Hubris Comics via a manhole cover leading to Park Street Station, it is a vault that is half-way through construction, but clearly will never be finished due to some extenuating circumstances. The vault is housed under Park Street Station, and was meant to repurpose part of the subway to cut building costs. It was planned to house members of the upper crust of society and promised luxurious accommodations akin to what they were used to on the surface. Naturally, Vault-Tec had other plans in that the hypothetical residents would get the exact opposite of what was advertised to them: multiple families in one room apartments, dining and bathing in the same areas, and an Overseer specifically chosen to have absolutely no supervisory or leadership experience. The hope on Vault-Tec’s part was to observe how the residents dealt with stressful situations, although, this plan never came to fruition. It is now a hideout for Skinny Malone, his main squeeze Darla, and Skinny’s merry band of trigger-happy Triggermen.