The Railroad is a Faction in Fallout 4. They are concerned with equal rights for synthetic humans. Operating as an underground liberation force similar to the historical Underground Railroad which escorted slaves to freedom, the Railroad works to free and ensure the future safety of synths created by The Institute. They defend themselves from attack by the Brotherhood of Steel who are opposed to their synth freedom fighting. During their essential quest line, The Railroad will move to eliminate both of those factions to further their aims.

They believe that synths are living, feeling beings and should be afforded the same fundamental freedoms expected for humans. Using a network of safehouses, code names and symbols, they employ stealth to avoid detection whenever possible but are not opposed to the use of violence against other humans to further their aims. They have no quarrel with the aims of the Minutemen and are never hostile towards them. Later in the game, you will have access to Vertibird fast travel through this faction.


You first encounter the Railroad via one of the following:

Any of these events will put you on the trail to the Railroad, be it accidental or looking for their guidance explicitly. 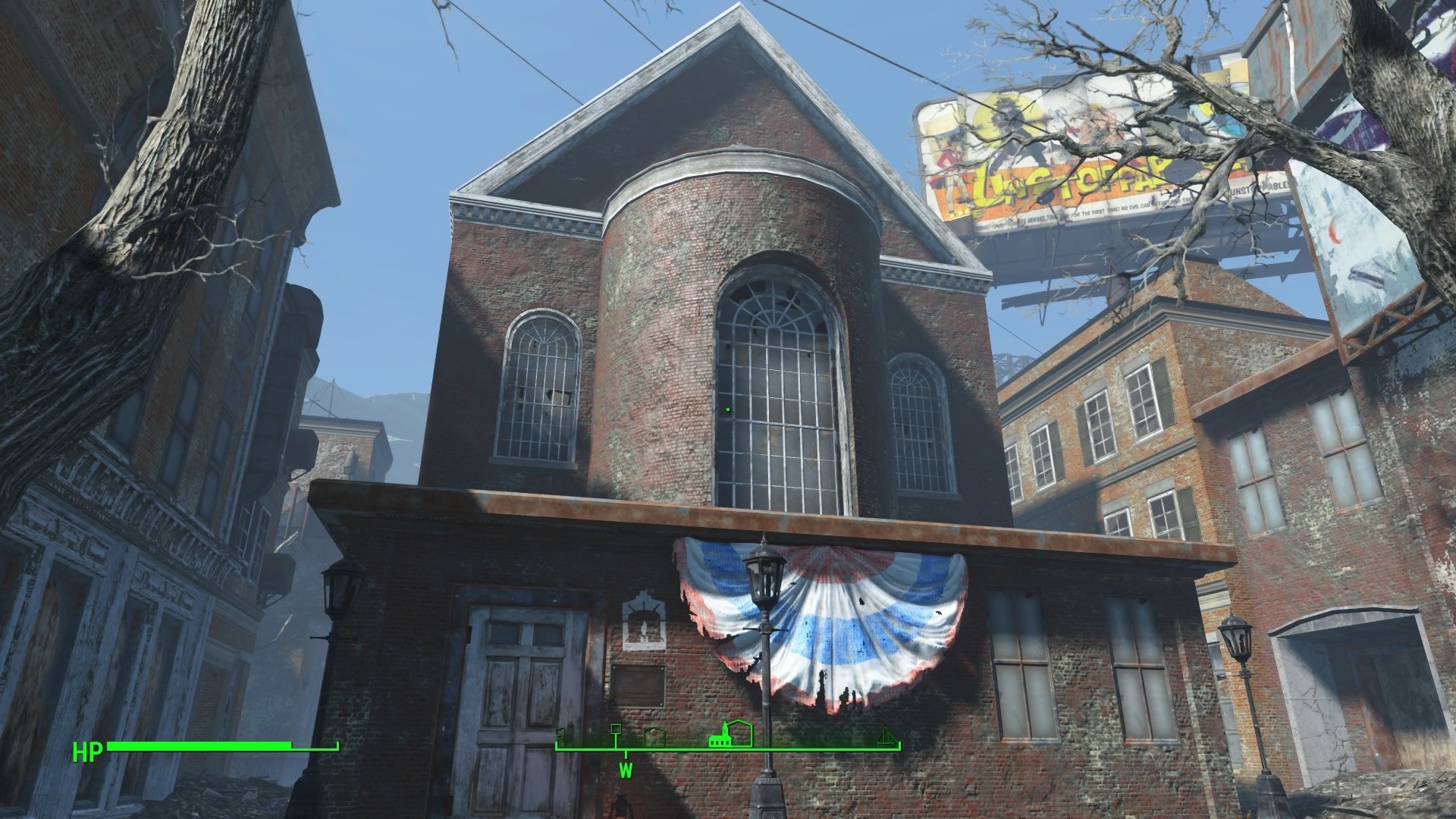 The Railroad makes the catacombs of the Old North Church in the North End section of Greater Boston Neighborhoods as their primary base of operations. It is a well hidden location which can only be accessed by following the Freedom Trail, which has its start in the Boston Common common section of Greater Boston Neighborhoods. You must follow the trail, examining each of the markers along the way until you come to the church. Upon clearing out the Feral Ghoul infestation, descend to the catacombs until you reach a dial. Spell out the word "Railroad" to gain entry to their headquarters. Below are images of the beginning point of the Freedom Trail and an example of the markers you must examine along the way. 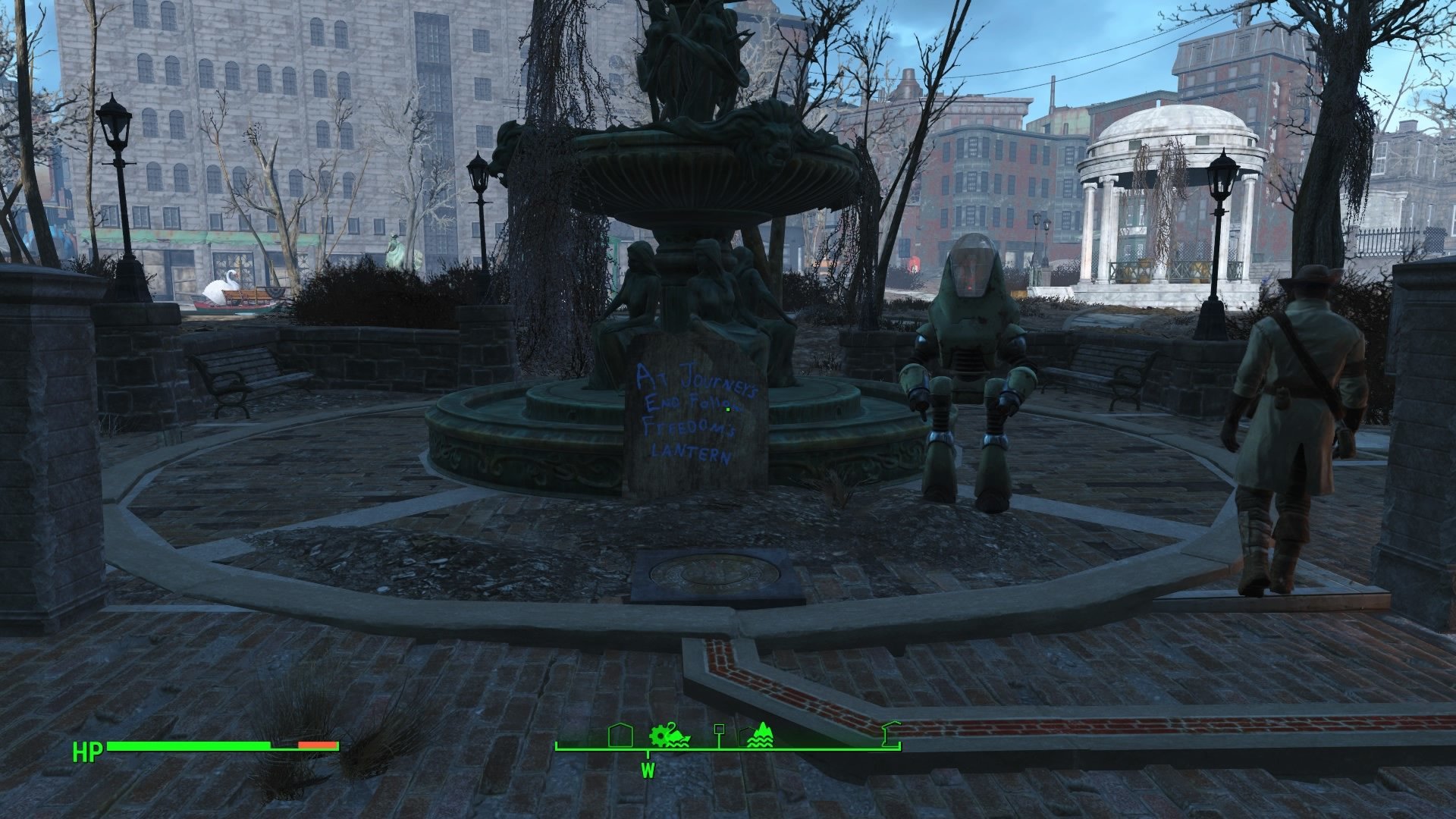 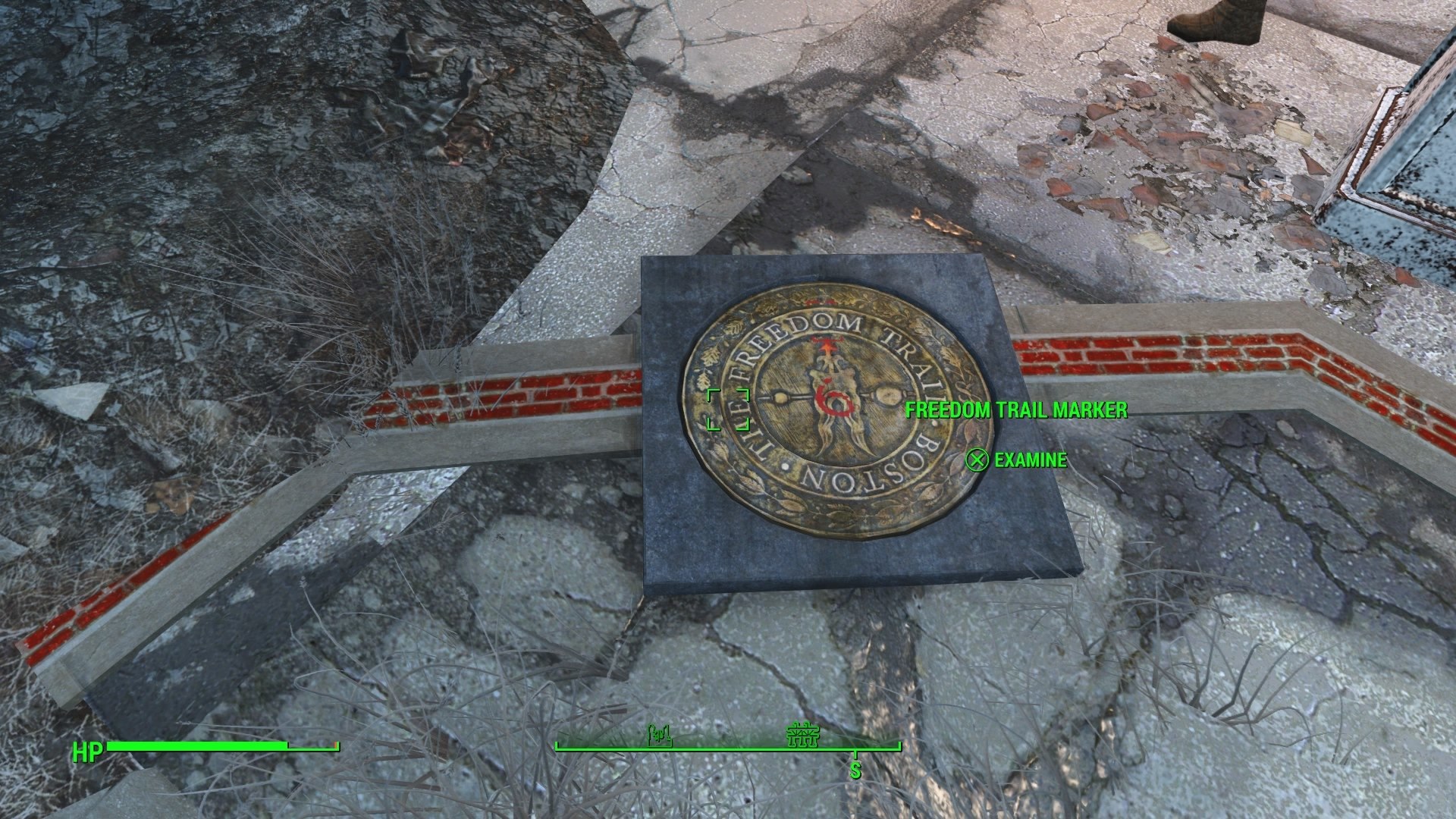 They also make use of safehouses throughout the Commonwealth which serve as waystations for escaped synths. During their radiant quests you will be sent to secure these safehouses as well as provide aid to synths.

As you travel be on the lookout for their symbols painted across the Commonwealth, which can be deciphered as follows: 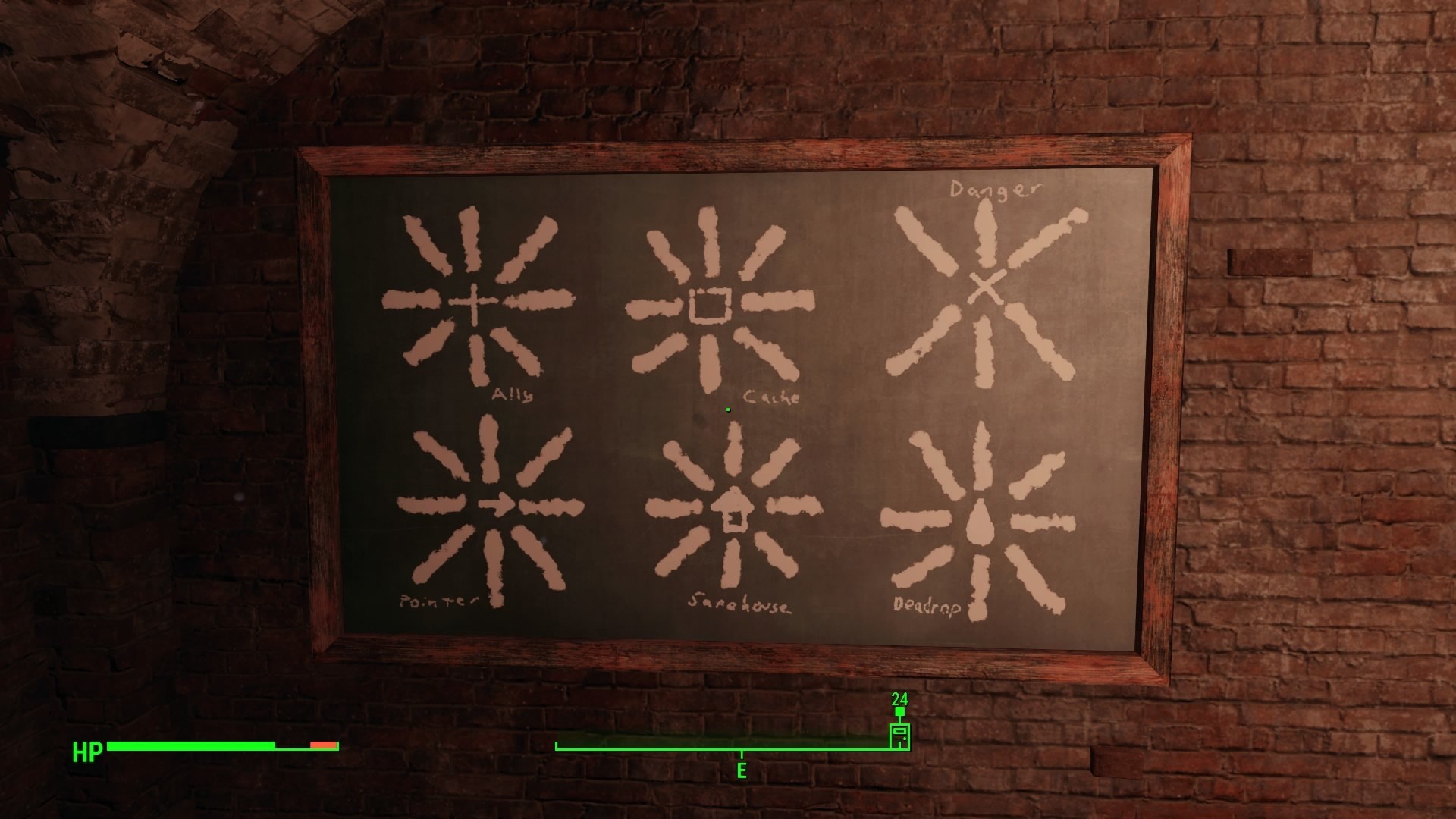